Garry Clark to Speak at TEDxOmaha 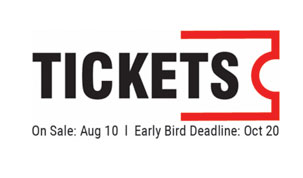 Garry Clark, Executive Director of the Greater Fremont Development Council, will be speaking at the 10thanniversary of TEDxOmaha on November 9th. TED videos are streamed 1.5 million times per day. As part of the larger TED community, TEDxOmaha has this same reach, creating an exciting opportunity to bring global attention to Fremont, Nebraska.

The topic for this years’ TED event is ‘Reframe’ – a concept Garry Clark is intimately familiar with. Having grown up in the projects outside of Washington D.C., Clark was often hungry and sometimes homeless. He knew loss, what it meant to be without and the consuming nature of fear – fear for what is and for what could be. He knew it intimately.

He was an exceptional runner in high school and had the opportunity to apply for scholarships throughout the country. But, what about the fear of the unknown? What if he failed? These were issues he chose to tackle head on when accepting a scholarship to run for Dana College in Blair, Nebraska.

However, before he could succeed, he had to reframe his way of thinking and move from a mindset of fear to one of opportunity. That’s exactly what he did, and it allowed him to see Nebraska for what it is – the land of opportunity where a poor kid from D.C. could become something great, and better his community in the process.

As a leader, Garry Clark uses this same outlook when approaching new situations. This outlook has allowed him to assess situations and reframe the mindset of organizations to look for new opportunities. The Greater Fremont Development Council has benefited from this approach. In the past two years, under Clark’s leadership, the GFDC has raised $3 million to tackle the city’s housing shortages. An impact of this magnitude would not have been possible without his ability to reframe the situation and look at the area’s housing shortage as an opportunity for growth.

Clark’s TED talk will present strategies for reframing your own mindset and for turning challenges into opportunities for growth and for excellence.

TEDxOmaha will take place on November 9thfrom 11 – 5pm. In addition to Clark, there is a full schedule of speakers and performers, including local musicians who have made it on the national stage.

Anyone looking to attend TEDxOmaha, including GFDC members and investors are encouraged to purchase tickets prior to October 20thto take advantage of the Early Bird Special.

TEDxOmaha 2019 promises to turn your thinking upside down. Tickets are ON SALE now. Get yours right away and join us on Saturday, November 9 at Creighton University’s Harper Center for an afternoon of music, poetry, cartooning, cats, a castle and so much more!

Aug 17 2019
Inc. magazine recently revealed that RTG Medical is No. 3958 on its annual Inc. 5000 list, the most prestigious ranking of the nation’s fastest-growing private companies. This is the fifth time RTG Medical has earned this achievement — a mere four percent of companies have made the list five times. Th...Continue Reading

Aug 6 2019
Are you or someone you know a community-builder? Do you enjoy leading and/or supporting projects that enhance quality of life and create economic opportunities for fellow citizens? If so, the Nebraska Department of Economic Development (DED) wishes to inform you of an open application cycle for a program that offers 40...Continue Reading

Aug 1 2019
LINCOLN – Governor Pete Ricketts announced the appointment of Tony Goins as the next Director of the Department of Economic Development (DED). “I am thrilled to have Tony’s executive experience and entrepreneurial drive at the helm of the Department of Economic Development,” said Governor Ricketts.  “From leading Branded Products at Lincoln Industrie...Continue Reading
Tags: News, Newspaper, Radio, Communication, Articles