Garry Clark elected as President of Board of Directors 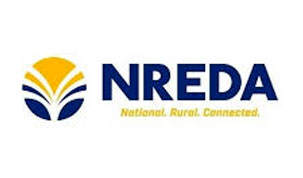 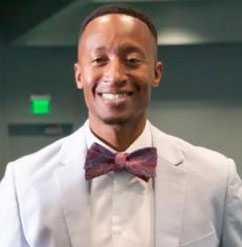 Ankeny, Iowa – The National Rural Economic Developers Association (NREDA) has unanimously elected Garry Clark to the role of President of the Board of Directors. Clark will assume his role on January 1st, 2021.

Clark, President and CEO of the Greater Fremont Development Council Clark has been in the economic development field for 13 years. In early 2019, Clark published his first work as a published author, with the memoir, Unlikely Viking – From the D.C. Projects to Rural Nebraska.  Clark recently completed at TEDx Omaha Talk at Creighton University in 2019, his talk was titled, “Running shoes, food stamps, and cornfields “, the talk can be found on YouTube. Clark joined the Greater Fremont Development Council in September 2017. Clark currently serves on the Nebraska Economic Development Association Board, Nebraska Greats Board of Directors, and he is also a Leadership Nebraska Alum. In late, 2018, Clark was awarded the Midland Business Journal’s 40 under 40 award for his aggressive workforce housing efforts in Fremont, Nebraska. Clark received his BA in Sociology from Dana College, Blair, N.E. and his Master of Science in Urban Studies from the University of Nebraska at Omaha. Although his Alma mater (Dana College) is no more, Garry was inducted into the Dana College Hall of Fame for Track and Field in 2010 and received the Outstanding Young Alum Award in 2018. He holds 11 records (most ever in the school’s history) and was the first male National Champion for Dana College. Prior to his work in Nebraska, Clark started out as a City Planner-Mainstreet Manager and Economic Development Specialist in Florida and in Washington, D.C. Clark is a father of 3, Azlyn (11), Delano (5), and Camilla (3), and the husband of 14 years to his wife, Tina.

“I have been blessed with the tremendous opportunity to join NREDA through my economic development mentor, Rick Nelsen of Nebraska Public Power District, back in 2015. In that time, I have learned from some of the best economic developers’ in the country, Bruce Nuzum (Iowa Area Dev. Group), Scott Bialick (Touchstone Energy), and many more. I am lucky to have a local board, led by Chris Walz of Walnut Radio, and Omaha Chamber President & CEO, David Brown, who have allowed me to continue to build with NREDA. It is with a humble joy and passion, that I accept the honor to serve as President in 2021.” -Garry Clark

"All NREDA activities are designed to help members succeed in meeting the diverse economic development objectives and challenges faced by rural developers and the communities they serve," said NREDA President Nikki Pfannenstiel. "The Association supports its members and economic development allies with networking and educational publications, a comprehensive annual conference, and advanced economic development education workshops and webinars.” Pfannenstiel continues, “I am very pleased to pass the gavel to Garry. I look forward to Garry’s leadership of NREDA and his passion to serve the members and advance NREDA’s mission.”

"Garry Clark is uniquely skilled when it comes to rural economic development – something he’s repeatedly proven with a growing list of collaborative projects that have led to great success across our region. The NREDA will benefit from his remarkable brand of leadership. Congratulations, Garry!”

"Garry has been a leader for rural economic development for many years, so this is no surprise to the Greater Fremont Development Council.  He continues to rise above all obstacles to lead organizations like NREDA.  We are confident he will continue to move this group forward and help GFDC grow our business in the future."

NREDA is an organization of economic development professionals focused upon the issues and opportunities of rural America. It is dedicated to meeting the unique needs of its membership through ongoing education and networking programs, while serving as an information source and conduit for developers, site selectors and prospective businesses to NREDA members and the areas they serve. For more information about NREDA visit www.nreda.org or contact NREDA headquarters at (515) 284-1421.

We Are Hiring! Director of Business Services

Sep 16 2020
“I want to congratulate LPP on their one-year anniversary and on reaching full plant capacity,” said Steve Martin, executive director of the Alliance for the Future of Agriculture in Nebraska. “AFAN has been a strong supporter of the project from day one and is proud to support their growers throug...Continue Reading
Tags: News, Newspaper, Radio, Communication, Articles