A Port Authority in Landlocked Nebraska? 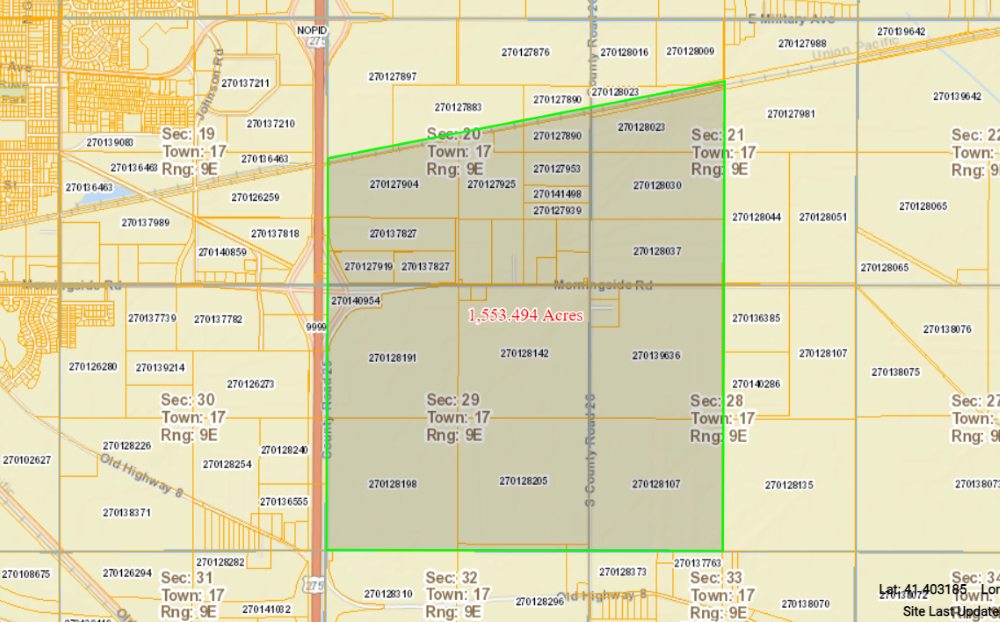 During the 2021 Nebraska Legislative Session, a bill was passed into law creating the Nebraska Municipal Inland Port Authority Act. Greater Fremont Development Council (GFDC), in partnership with City and County leaders, immediately began working behind the scenes to start forging a path for this opportunity in the community. At the end of January 2022, the Fremont City Council and Dodge County Board of Supervisors unanimously approved an interlocal agreement allowing the region to pursue Nebraska's Municipal Inland Port Authority Act, designating an area and mechanism for industrial development, and taking the first step towards becoming one of five Port Authorities that will be created across the state.

Since then there has been plenty of conversation about how establishing a Port Authority will be transformational for Fremont and Dodge County, but what exactly is a Port Authority?

What all can a Port Authority do?

Year over year, more companies and businesses have been looking at Fremont and Dodge County as an opportunity for growth and expansion, and there are many things that are attracting these companies to Nebraska communities, however there have been a number of quality projects we have lost to out-of-state communities, who have the ability to deliver sites and the necessary infrastructure in a shorter timeline.

Fortunately, the Nebraska Municipal Inland Port Authority Act was passed into law to help Nebraska communities to be more competitive and increase our odds of success. It will allow our region to begin planning and give us a tool to think ahead of development, instead of being reactionary.

The Inland Port Authority will take time to develop, and will likely see spurts of activity over a decade or longer. The Greater Omaha Economic Development Partnership developed a potential impact analysis on behalf of GFDC:

The Fremont/Dodge County Port Authority will have to be approved by the Nebraska Department of Economic Development before it is deemed created. After the Port Authority is officially created, a board of directors will be appointed by the Mayor of Fremont and approved by Fremont City Council and the Dodge County Board of Supervisors. The newly appointed board will then have the task of creating bylaws and begin planning for the district! Greater Fremont Development Council will continue to support this project along the way and work with potential tenants to the Port Authority District industrial park.

Jan 30 2022
Fremont City Council and Dodge County Board of Supervisors unanimously approved an interlocal agreement allowing the region to pursue Nebraska's Municipal Inland Port Authority Act, designating an area and mechanism for industrial development. GFDC is eager to continue supporting this tremendous project for our community! Click here for the complete article.Continue Reading

New Comprehensive Plan Underway for the City of Fremont

Dec 22 2021
The City of Fremont is updating its Comprehensive Plan, a major undertaking that will guide future growth and development in Fremont for the next 20 to 25 years. The new plan will include updates to the Unified Development Code (UDC) and the Long Range Transportation Plan (LRTP). The Comprehensive Pla...Continue Reading

Oct 22 2021
This is an event that focuses on diversity, equity, and inclusion. The event is put on by the Greater Omaha Chamber partnership, and was a hybrid of online and in person sessions. GFDC's own Lauren Foster and Kelsey Martinez no only had the opportunity to not only attend, but t...Continue Reading
Tags: News, Newspaper, Radio, Communication, Articles