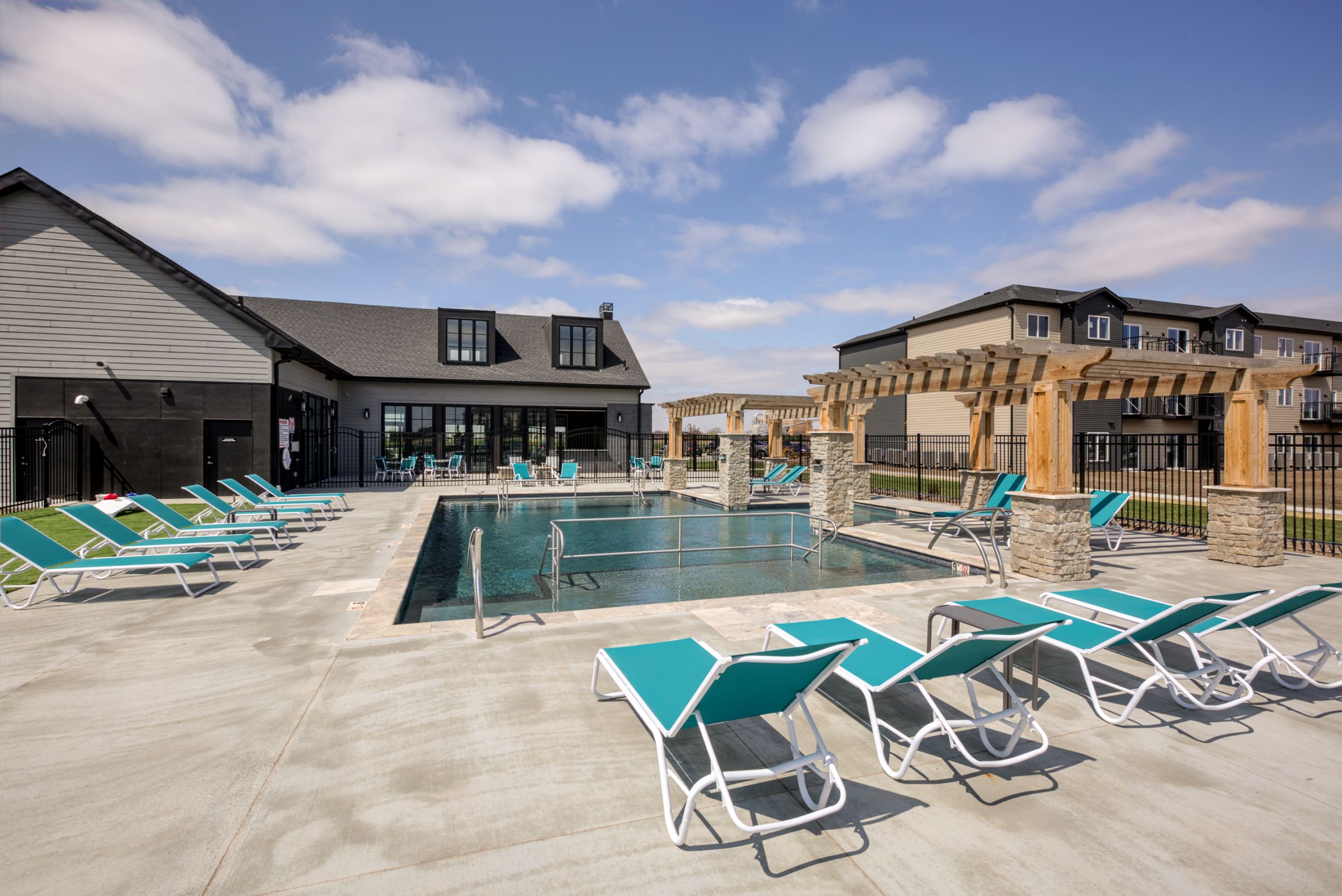 After leasing 216 units, Phase 3 of Fremont Commons is currently underway which will create another 108 units available this August

Fremont Commons, a luxury apartment complex in Fremont, is more than just a place to call home for its residents. In fact, the residents have created a thriving community that enjoys the complex’s many amenities and getting to know their neighbors.

One of the residents adding to the community spirit is Barbara Roy, who moved into Fremont Commons almost a year ago. Barbara moved into Building 4 as soon as it was complete, and was even able to “pick out” her apartment and watch as the construction was completed.

Barbara shared that one of the best things about Fremont Commons is the staff. “I don’t believe there is anyone more suited to this business than Shannon!” said Barbara about the building manager, Shannon Woodworth, adding “She is amazing! If I’ve ever had a problem she was ready, willing and able to help me.”

Barbara also shared that the amenities at Fremont Commons are a huge plus to living there, especially the Club House and the pool. Barbara helped with the opening of the Club House bar, Oasis, and has been tending bar there for several months. The bar is open to the public. There are also TVs, couches, and billiards available in a lounge area.

Outdoor entertainment is offered through the amenities of a pool and outdoor lounging space with a shuffleboard table, Connect 4, and a patio area complete with a fire pit and seating. Barbara says, “I’m a pool girl so the Vegas-style pool appealed to me right away. I’ve spent many afternoons and evenings enjoying the company of my neighbors in the pool and in the lounge.”

The Vegas-style pool is zero-entry and is surrounded by lounge chairs. In summer, the Oasis opens up to the pool. There are also walking trails, a dog park, and a 24-hour fitness center with cardio equipment, free weights, and other machines in the Fremont Commons complex. 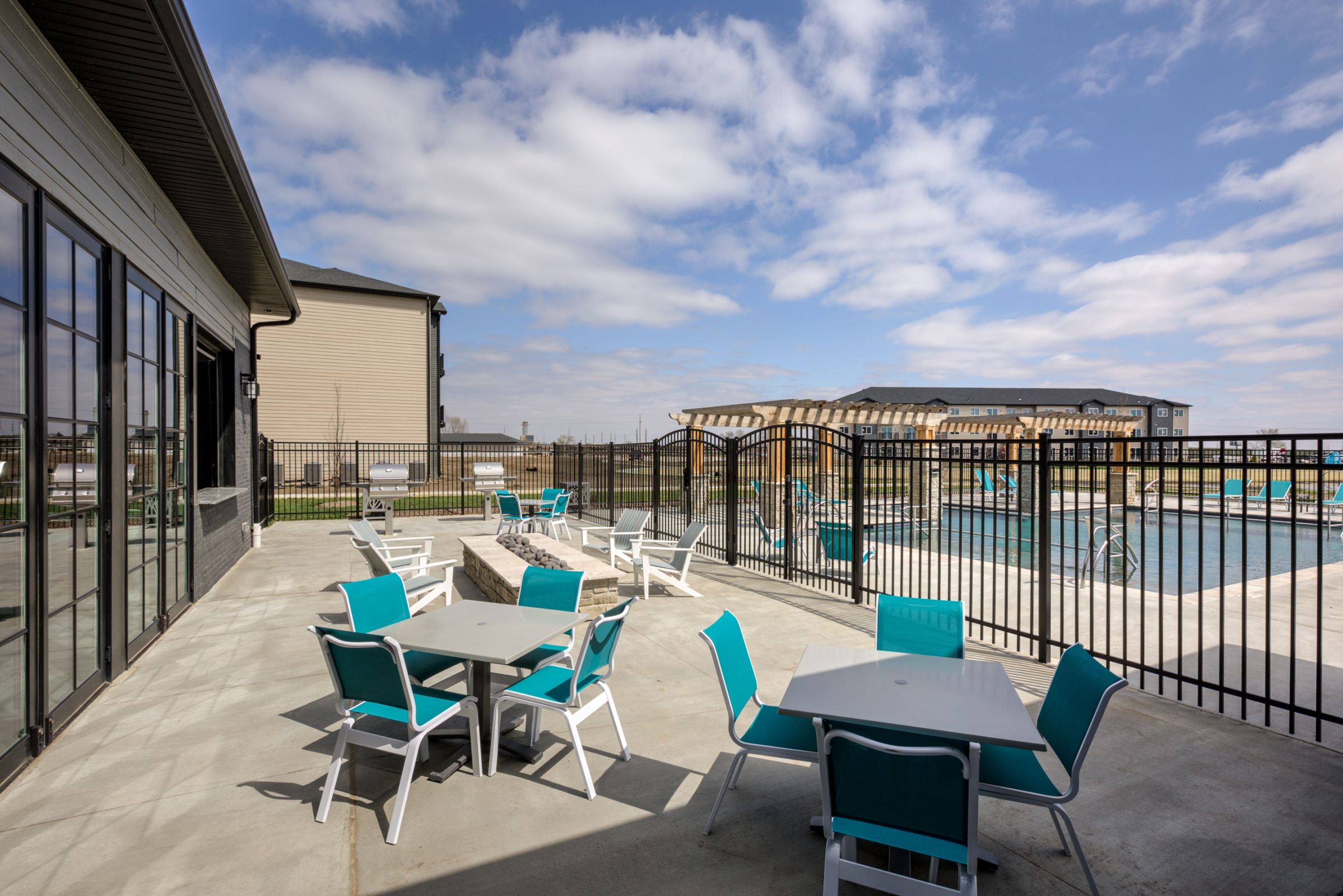 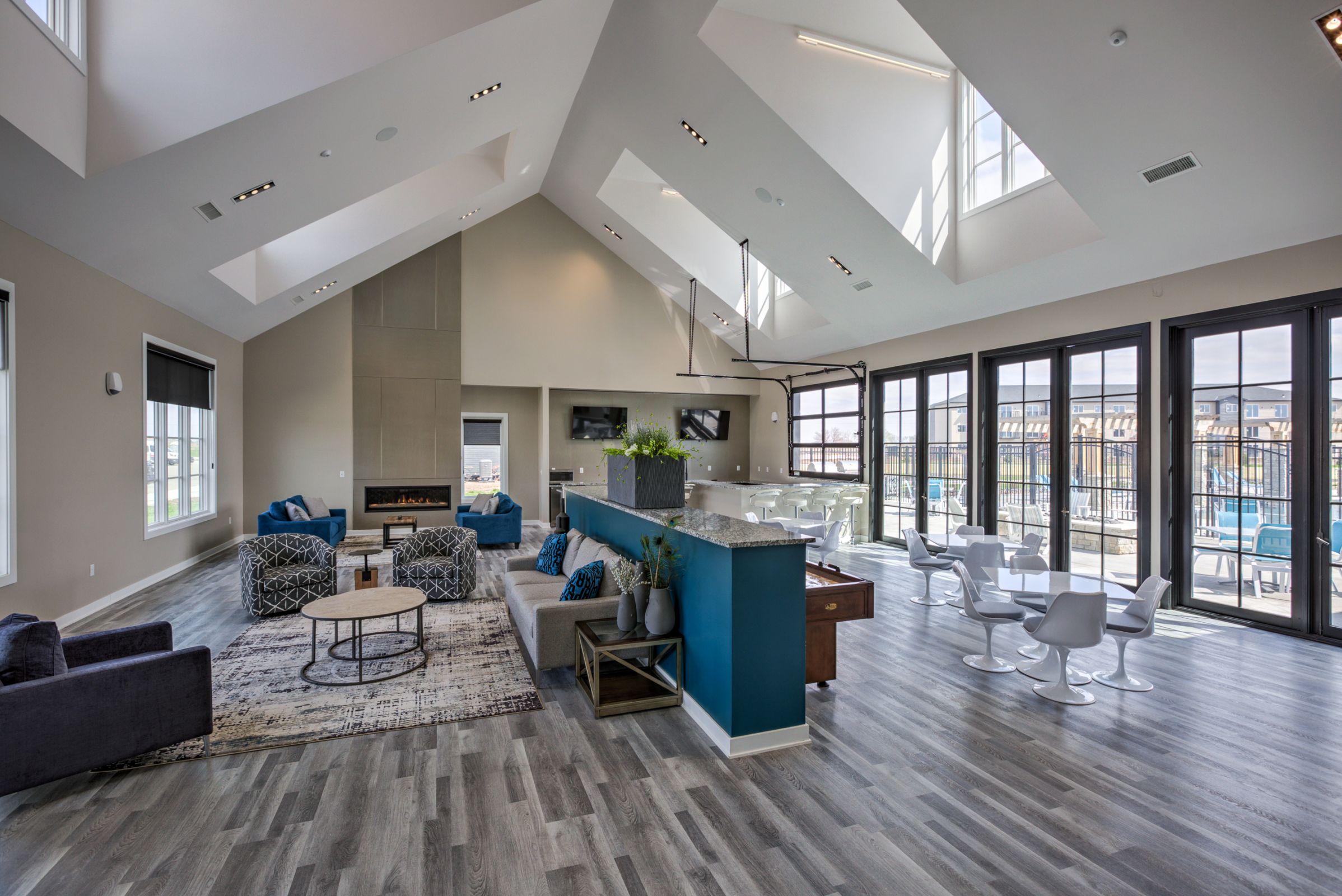 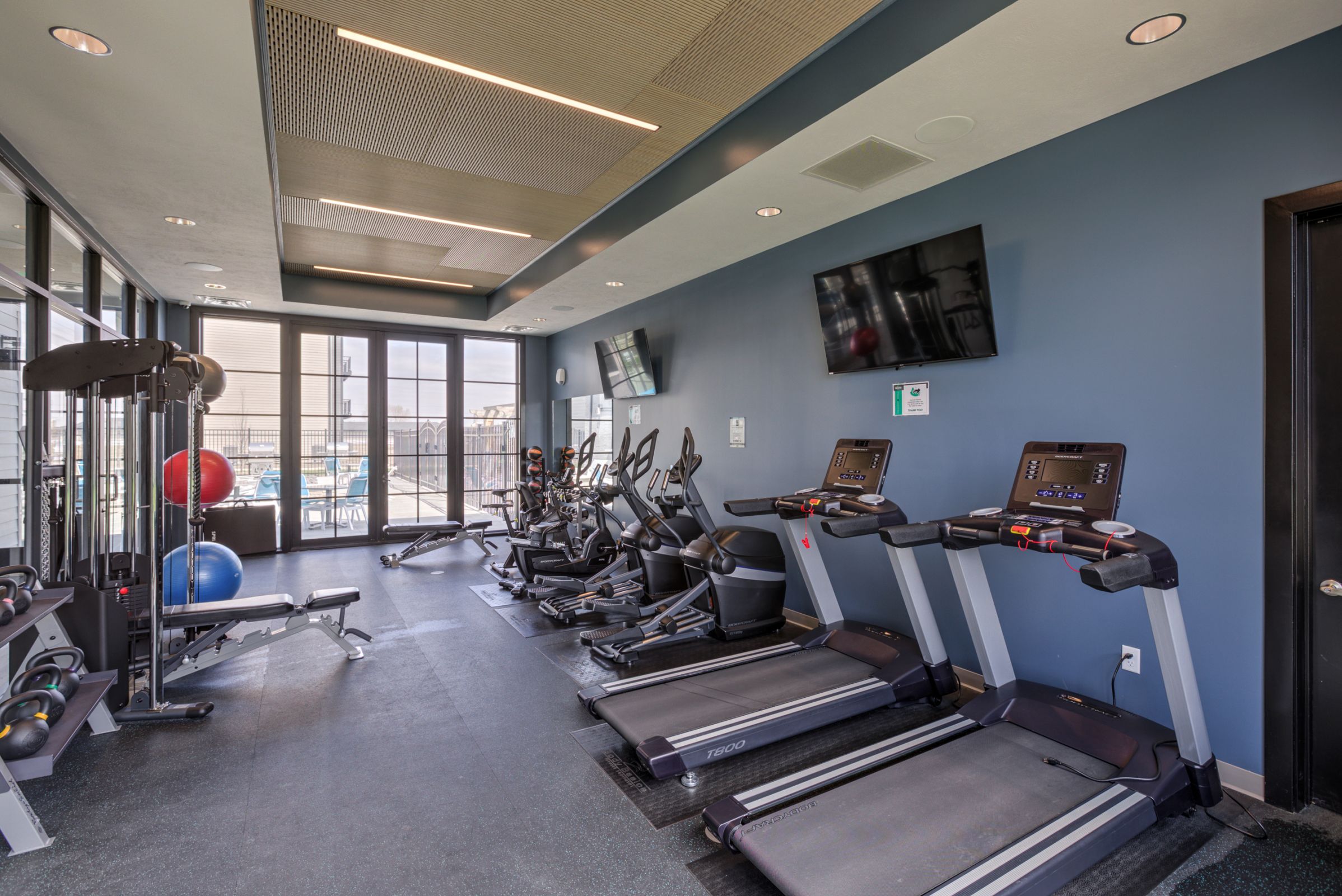 Barbara’s apartment suits her perfectly, too – as does the fact that her “fur baby” was welcome. As she put it, “It's just enough space for me....and my Daisy!”

Spencer said, “Our goal is not to build super-high-end luxury trophy properties, our goal is to serve the communities we build in by filling the greatest needs. While many developers were snapping up land on the fringes of west Omaha, Fremont had significant unmet housing needs and nothing to speak of was even in the planning stages to fulfill that need.”

Spencer said that when Lincoln Poultry began construction of its facility and announced it was hiring 800 people, they knew there would be a huge demand for quality housing. “We believed that if we built a quality product, the people of Fremont would be willing to pay a little more to live in an apartment community with a higher quality of life. We took stormwater retention, added native grasses and made it a natural habitat with a walking trail around it. We added a Vegas-style pool with wading areas and pergolas. We added a class-A clubhouse with a staffed lounge to create a sense of community. We added a dog park,” said Spencer.

So far, Fremont Commons has leased an initial 108 units, followed by a second 108 units. And, Spencer added, “ in August we will be opening a third phase of 108 units – all at affordable prices with premium ‘big city’ amenities.”

As to the future, Spencer says, “We don’t plan on selling either. We are committed to Fremont and committed to continually increasing the quality of life in the communities we serve.” 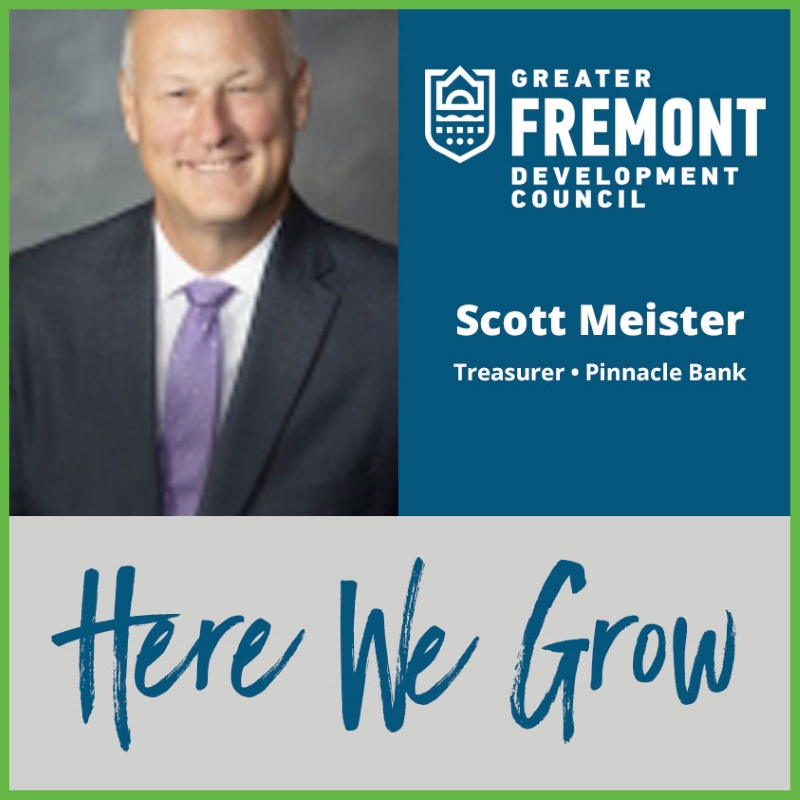 Get to Know Your GFDC Board of Directors - Scott Meister

Jun 3 2022
Scott Meister, Treasurer Pinnacle Bank Website Link: https://www.fremontecodev.org/about-us/board-of-directors Why do you believe in the Greater Fremont Development Council? As a community banker we want to be a part of a strong and growing community.  In order for Fremont to achieve the goal of being a strong and growing community we need to have ...Continue Reading 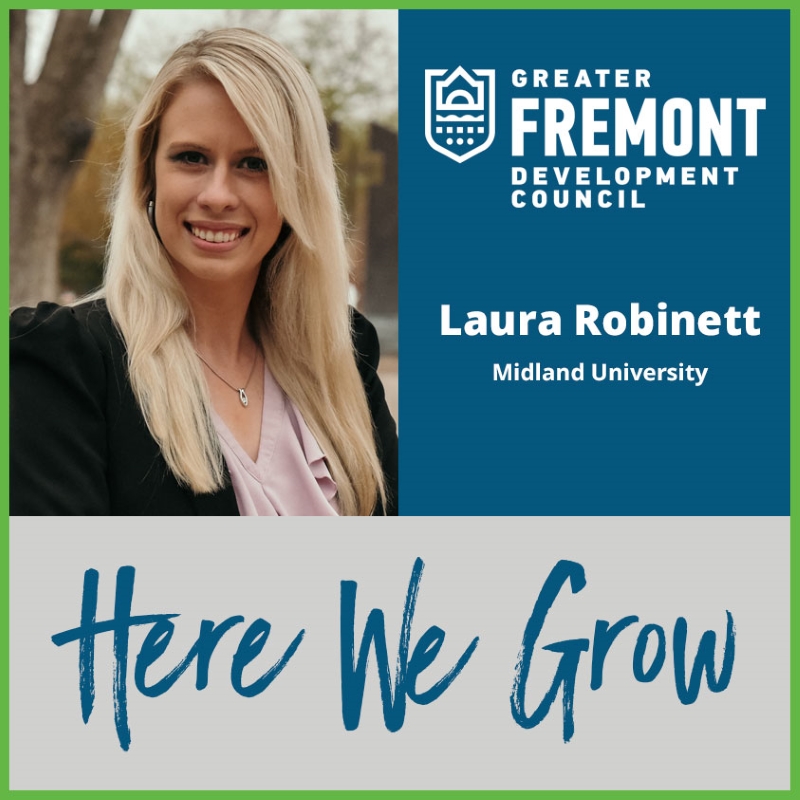 Get to Know Your GFDC Board of Directors - Laura Robinett

May 27 2022
Laura Robinett, Board Member Midland University Website Link: https://www.fremontecodev.org/about-us/board-of-directors Why do you believe in the Greater Fremont Development Council? I believe it takes true collaboration and a collective vision to move a community forward, and the Greater Fremont Development Council serves as the leader to initiate that effort in order to progress and gro...Continue Reading 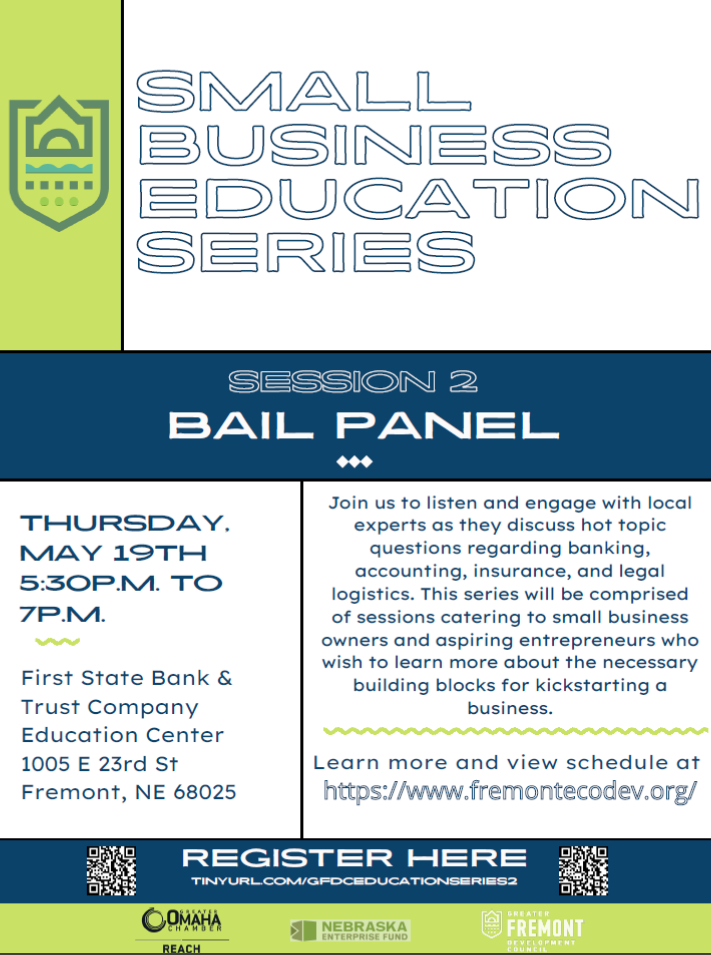 May 18 2022
The Small Business Education Series begins on Thursday, April 21, and continues every third Thursday of the month through Thursday, November 17 The Greater Fremont Development Council (GFDC) is launching a Small Business Education Series which will continue every third Thursday of the month from 5:30 p.m. to 7 p.m. throughou...Continue Reading
Tags: News, Newspaper, Radio, Communication, Articles