“I’m very proud of Brenda and her staff and all of the hard work they do each day for the citizens of Nebraska,” said Gov. Heineman. “Nebraska is a leader in technology innovation and this award is a team effort. Technology connects us like never before. Americans can live and work anywhere. This provides Nebraska an opportunity for growth like we have never seen.”

“NASCIO recognized the leadership of the Governor with this award because of his unfailing belief that our State needs to be prepared for the next generation of consumers who use technology at all hours of the day,” said Brenda Decker, Chief Information Officer.  “Nebraska has unprecedented collaboration efforts between our state, university, local governments and public power that are not seen in other states.”

According to NASCIO, Nebraska understands what technology can do for government, making the decisions that ensure that Nebraska uses appropriate resources to deliver services to its citizens.

NASCIO created the State Technology Innovator Award to honor outstanding individuals who have made contributions to advance the state's technology policy agenda through the promotion of best practices, adoption of new technologies and advancements in service delivery. Through this award, NASCIO strives to acknowledge state leaders, managers and employees who promote innovation, excellence and good government. Nominees must be an employee, elected official, appointed official or other appointee representing state government

Oct 12 2012
Governor Dave Heineman presented Fremont Area Medical Center (FAMC) with the Governor’s Wellness Award at a luncheon in Lincoln on September 27. The award honors Nebraska employers for efforts in promoting workplace wellness. Nebraska is one of only a handful of states nationwide that honors wellness efforts of employers. “These awards recogniz...Continue Reading

Oct 2 2012
September 19, 2012 10:15 am  •  Chris Zavadil/Fremont Tribune   Construction has begun on a new 30,000-square-foot shipping building at the All Metals Market Inc. main processing facility, 1225 County Road Y south of Fremont. Dirt work is completed and the building is expected to be erected by the end of December, compan...Continue Reading
Tags: News, Newspaper, Radio, Communication, Articles 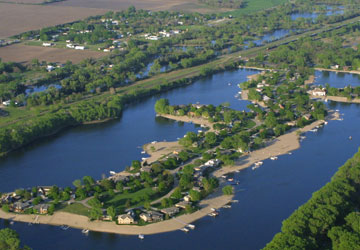 Fremont provides a sense of warmth and connectivity that many families are seeking in today's fast world. And when they want a "big city" fix, it's just a short jaunt to bustling Omaha! Residents of Fremont have access to the energy of the metro's amenities whenever they want.