(Lincoln, Neb.) Today, First Lady Sally Ganem announced that Nebraska has risen to the top five states for volunteerism according to the annual Volunteering and Civic Life in America report released today by the Corporation for National and Community Service, the federal agency that helps Americans engage in volunteer activities in the community.

“I’m thrilled at the news of Nebraska’s national Top 5 ranking,” said First Lady Sally Ganem. “Volunteerism is one thing that sets Nebraska apart. We know we can always count on our neighbors to come forward and lend a hand when it is needed.”

The report on volunteerism found that 36 percent of Nebraskans volunteered in 2012. In total, more than 494,000 volunteers gave 50.8 million hours of service worth an estimated $870 million.

“The people of Nebraska should be proud of their strong leadership in volunteering,” said Wendy Spencer, CEO of the Corporation for National and Community Service. “Volunteers enrich our communities and keep our nation strong. Service to others connects us with our neighbors and provides us a chance to use our own skills for the common good. As citizens, there are so many ways we can make a difference for those who are in need, during this holiday season and throughout the entire year.”

“National service is an essential part of the solution to many of the social challenges facing our communities,” said Jamie Moore, ServeNebraska Commission Chair. “Volunteers meet pressing local needs and strengthen Nebraska communities as they develop civic and leadership skills that can last a lifetime.”

First Lady Ganem and ServeNebraska also remind citizens that during the Holiday Season, Nebraskans have a variety of volunteering options, including helping out at a community center or shelter, looking in on a sick or elderly neighbor, and signing up at a local food bank or homeless shelter. ServeNebraska also encourages citizens to volunteer for Martin Luther King Day, Jan. 20, 2014.

Cathleen Plager, Executive Director of ServeNebraska, said, “Volunteering is the basis for life as we know it in Nebraska, and it all starts by helping your neighbor, your child’s school or your favorite non-profit and see people empowered to join together to make their community a better place to live, work and play.”

This coming year, ServeNebraska will be celebrating 20 years of volunteer programing. To mark the anniversary, ServeNebraska will be kicking of the New Year by encouraging volunteers throughout the state to #Impact20, as a chance for all Nebraskans to share their gifts of time, talents or resources to impact our state in a positive way. For more information about ServeNebraska, visit www.serve.nebraska.gov.

The Corporation for National and Community Service, an independent federal agency, plays a vital role in supporting the American culture of citizenship, service, and responsibility and is a leading grant maker in support of service and volunteering. Corporation for National and Community Serviceprovides opportunities for Americans of all ages and backgrounds to serve their communities and address critical needs. To learn more, visit www.nationalservice.gov.

The data for this report was collected through the Current Population Survey (CPS): the Volunteer Supplement. Conducted by the U.S. Census Bureau on behalf of the Bureau of Labor Statistics, CPS is a monthly survey of about 60,000 households representing approximately 100,000 adults ages 16 and older. Volunteers are considered individuals who performed unpaid volunteer activities through or for an organization at any point during a 12-month period each September.

The full report and customizable data sets can be found at www.volunteeringinamerica.gov. Individuals interested in finding local volunteer opportunities can visit www.serve.gov.

Dec 19 2013
FREMONT, NE – December 18, 2013: Fremont Area Medical Center (FAMC) has announced plans to open two new medical clinics, one in Wahoo and one near Waterloo. Both clinics are slated to open this summer. FAMC and its subsidiary, Health Care Professionals, already own and operate several family and specialt...Continue Reading

Dec 18 2013
Wishing you a happy, safe and blessed Holiday Season from the DED Staff! Are dreams of new economic growth and development dancing in your head this season? Well ho, ho, ho…here’s looking back on a successful 2013! Several targeted industry clusters were the driving force behind Nebraska’s formula for successfully rebounding, an...Continue Reading
Tags: News, Newspaper, Radio, Communication, Articles 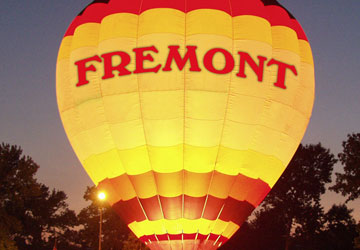