From the Communications Office of Governor Dave Heineman

(Lincoln, Neb.) Gov. Dave Heineman today announced that Site Selection magazine has recognized Nebraska as the number one state in the nation with the most qualifying new and expanded facilities per capita. This year marks the inauguration of a new Governor’s Cup award which recognizes economic development success.

“I’m thrilled that Nebraska has earned the 2014 Governor’s Cup award for economic development,” said Gov. Heineman. “We are focused on improving business and creating jobs in our state. Businesses locating in Nebraska are impressed with our friendly and honest citizens, our strong work ethic, low energy costs, low cost of living, great education system and an outstanding quality of life.”

“This is a great honor for our state to place first in projects per capita in the United States,” said Catherine Lang, Director of the Nebraska Department of Economic Development. “Earning the Governor’s Cup over this outstanding field confirms that the hard work of our economic developers in combination with all the amenities Nebraska offers is getting noticed by corporate players in our global economy.”

Site Selection Magazine reports extensively on domestic and global business climate issues, and is the recognized leader in reporting on corporate real estate strategy and area economic development. The 60-year-old Atlanta based magazine has awarded the Governor’s Cup annually since 1978 to the U.S. state with the most new and expanded corporate facilities as tracked by Conway Data Inc.’s New Plant Database.

“States compete aggressively for capital investment and for a spot on our annual list of the most successful locations in US economic development,” said Mark Arend, Site Selection’s Editor in Chief. “Nebraska’s ranking as the top state for projects per capita is evidence of a highly successful economic development strategy.”

Additionally, the Omaha metropolitan area was ranked number one in Tier Two of new and expanded corporate facilities in 2013 for areas with populations between 200,000 and 1 million. The annual metro rankings were announced in conjunction with the Governor’s Cup rankings.

Feb 28 2014
Greater Fremont Development supports the Fremont Dream It. Do It. program that links local high school students with college credits, local employers, paid internships, invaluable experience, and even additional training and employment opportunities. As the authority on the attraction, qualification, and development of world class manufacturing talent, The Manufacturing Institute too...Continue Reading 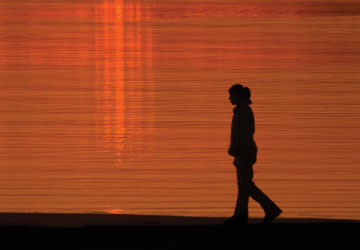 Newcomers to this charming area will discover a pleasing blend of unique opportunities. Few places in the nation combine a more appealing and diverse environment than Fremont and Dodge County Nebraska, where vibrant small town and sleepy rural villages harmonize with nearby urban opportunities.