C-suite leaders who enter government often say they’ll run administration like they do a corporation. That doesn’t always work out in practice, but there are certainly some lessons and principles that can carry over into public office.

During an interview with Chief Executive for the upcoming Midwest economic development report, Nebraska Gov. Pete Ricketts said he’s taking a hands-on approach with Nebraska’s “customers” and fostering a culture of continuous improvement in state government.

Ricketts took office in January 2015. He was formerly the Chief Operating Officer and a board member at TD Ameritrade, so he thinks like a business leader. In 2007, he also founded and lead the Platt Institute for Economic Research, a free market think tank that conducts research in economic, tax, education and healthcare policy.

Oct 17 2017
The U.S. Department of Commerce announced that Invest Nebraska has been awarded a $300,000 grant to focus on AgTech in Nebraska through the Economic Development Administration’s (EDA) Regional Innovation Strategies (RIS) program. Invest Nebraska, a public-private partnership with the Nebraska Department of Economic Development, is a major player in the advancement o...Continue Reading

Oct 15 2017
LINCOLN – Governor Pete Ricketts proclaimed October as “Manufacturing Month” and announced a statewide tour in celebration of Nebraska’s second largest industry.  At the ceremony, Governor Ricketts was joined by Department of Economic Development Director Courtney Dentlinger, the Nebraska Chamber of Commerce, and the Nebraska Manufacturing Advisory Council. “Nebraska is a stat...Continue Reading 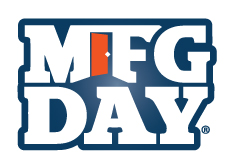