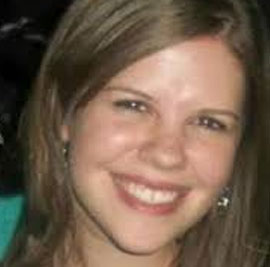 With the inception of the Dodge County Investment Fund, projects geared toward housing development and other related programs also meant expanding staff at GFDC.

“We realized that taking on a program like the DCIF would add the need for dedicated staff time to keep and maintain a sustainable program.  We are grateful to the Nebraska Investment Finance Authority for their Outreach Partnership Program which partially funds the new position,” said Garry Clark, executive director of GFDC.

Gentrup graduated from the University of Nebraska at Kearney with a degree in business administration and a minor in travel and tourism.  Under her leadership at Cuming County, the organization served as a connector for local businesses, where she encouraged new initiatives and growth.  She also hosted Cuming County’s annual Bright Light Program, a student entrepreneur contest originally launched by Garry Clark when he was Cuming County ED.

Gentrup has been instrumental in the administration of several business improvement grants and the housing demolition and rehab program.  Further, she founded Feet on the Farm, describing it as one of her “favorite events to establish and showcase the county.”

Gentrup is eager to focus her energies on housing and promotion for Dodge County.  She has worked extensively with housing and rehab during her tenure in Cuming County and looks forward to putting that experience to work in Fremont.  She has family in Dodge County, and plans to move to Fremont prior to/or shortly after her start date of November 26 with GFDC.

Nov 10 2018
Infinite 8 Institute has locations in Washington, D.C., Kansas City, & Omaha, and have just announced plans to locate in Fremont, NE (Pop. 26,500), their first rural community.  “We have long wanted to find the right agricultural community to begin a focus on the drone, AI, and use of rove...Continue Reading
Tags: News, Newspaper, Radio, Communication, Articles