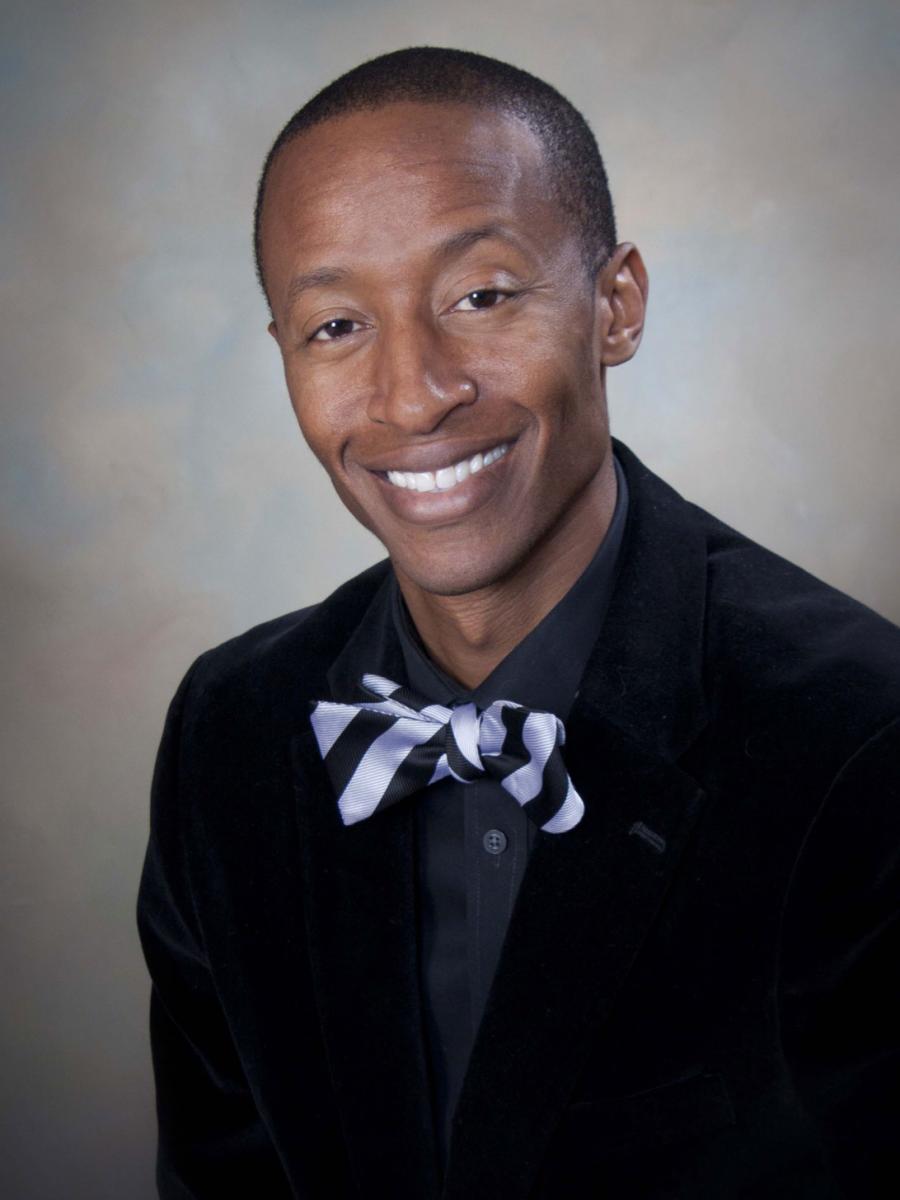 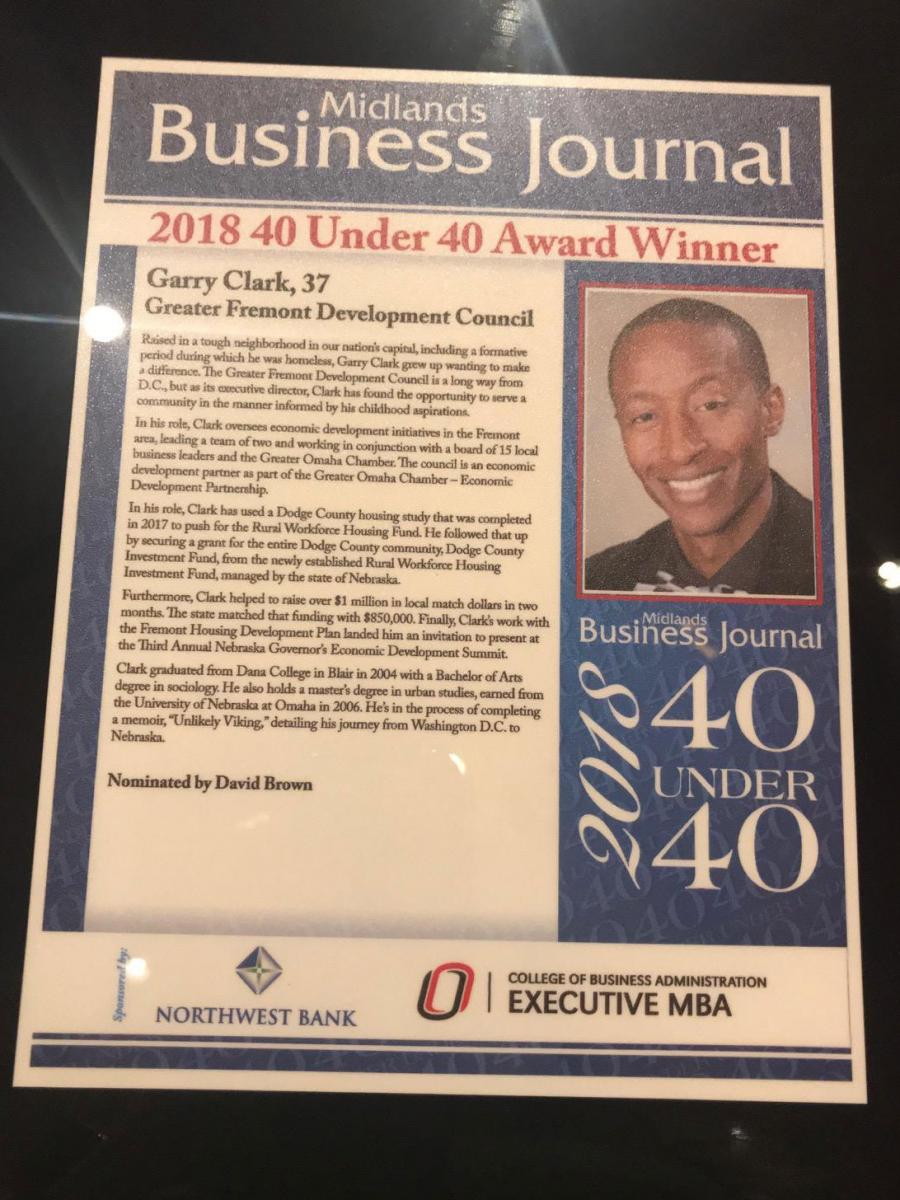 Greater Fremont Development Council is proud to announce that Garry Clark has been named a Midlands Business Journal’s 40 Under 40 award winner. This distinction honors 40 entrepreneurs, executives, and business professional men and women under the age of 40.

Clark has served as executive director of Greater Fremont Development Council (GFDC) in Fremont, Nebraska since September 2017. Clark, a graduate of Dana College and the University of Nebraska at Omaha, had a previous role as the Nebraska Investment Finance Authority (NIFA) Opportunity Fund Manager, out of the Omaha and Lincoln, NE offices and before that served as Cuming County Economic Development Director for 5 years in Northeast Nebraska.

In his first year in Fremont, Clark started the Dodge County Investment Fund (DCIF). The fund brought in $1.03 million in local monies that were used as a match for the Nebraska Rural Workforce Housing Grant which awarded $850,000 to the DCIF. The first property to receive funds from DCIF just broke ground on November 1. The $12 million apartment complex named Morningside Crossing received a loan of $1 million from the new fund. Other accomplishments in his short time with GFDC included landing the Infinite 8 Institute a technical research center specializing in the design and finance of social impact systems and technologies. In particular, Infinite 8 Institute most recently developed The Drone School (thedroneschool.tech), to create skilled human capital in the commercial Unmanned Aerial Systems industry. Clark has also just finished his memoir of his journey from a childhood spent in the inner city of Washington, D.C. to now living with his family in the Midwest via a college scholarship to Dana College in Blair NE where he has been inducted into the Dana College Hall of Fame for Track and Field. The memoir will be released this December and is called Unlikely Viking.

Clark is Treasurer/Secretary of the National Rural Economic Developers Association and served as Northeast Development Network Chair. Prior to his work in Nebraska, Clark started out as a City Planner-Mainstreet Manager and Economic Development Specialist in Florida and in Washington, D.C.

All winners were recognized at the awards breakfast held on Friday, November 2, at the Embassy Suites- LaVista Conference Center.

Nov 10 2018
Infinite 8 Institute has locations in Washington, D.C., Kansas City, & Omaha, and have just announced plans to locate in Fremont, NE (Pop. 26,500), their first rural community.  “We have long wanted to find the right agricultural community to begin a focus on the drone, AI, and use of rove...Continue Reading
Tags: News, Newspaper, Radio, Communication, Articles