Garry Clark, the Executive Director of the Greater Fremont Development Council (GFDC), has won the prestigious 40 Under 40 Award, presented by the Midlands Business Journal.  Garry was nominated by colleagues at the Greater Omaha Chamber of Commerce, partners with GFDC since 2013. Surprised and humbled, he was unaware that he had been nominated until he had already won. As the second GFDC Executive Director to win a 40 Under 40 designation, he embodies the can-do spirit of Fremont and his mission is to continue propelling the community forward. 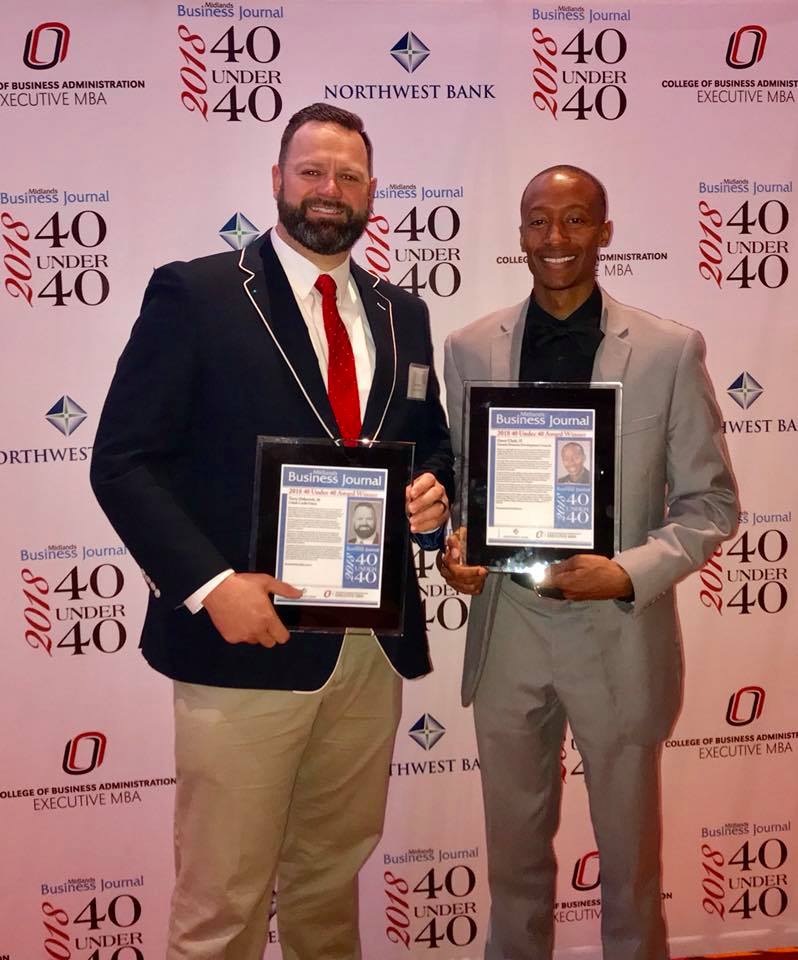 You could say that Garry moves quickly

Some people may recognize the name Garry Clark from his track and field days at Dana College. Recruited to the college out of high school, this Washington D.C. native was inducted into the Dana College Hall of Fame for Track and Field after breaking over 11 records. His speed has transcended the track and into the world of economic development where he has made fast and significant strides in the community of Fremont, Nebraska. As GFDC’s Executive Director, he started the Dodge County Investment Fund (DCIF), bringing nearly $2 million into the community for the development of workforce housing. Some of these developments have already broken ground, with additional projects in the works. He also brought the Infinite 8 Institute drone school to downtown Fremont, an educational program that will provide additional opportunities for the entire community.

His plans for 2019 are equally aggressive. He wants to start a revolving loan fund to support local businesses, create a Fremont Dodge County Inclusion Program, and design the next five-year campaign for the region’s economic growth. He is also publishing his first book, The Unlikely Viking.

Garry is always ready to compete

As a former track and field star, Garry is naturally competitive. When asked how his athletic career has impacted his views on economic development, he stated, “It has influenced it a great deal because part of my being is enjoying competition and being competitive. I bring a competitive spirit to economic development and do not like resting. I want to set trends and create new opportunities for Fremont. I have started new programs with the hope of making the community even stronger.”

His ultimate goal is to put programs and systems in place to make Fremont a community that can self-sustain growth and thrive for decades to come. Programs like the housing fund and business revolving loan fund can help to create a “ripple effect that will last for decades” said Garry.

Fremont is poised for growth

With leaders like Garry, Fremont is poised for growth.  The Dodge County Investment Fund (DCIF) is already solving the area’s workforce housing challenges, but that is only one of the area’s current advantages, according to Garry. “Current opportunities in Fremont come down to the people, location and timing. We have fiscally responsible leaders that are futuristic about their thinking on what can take place. That is half the battle – being willing to be courageous about our economic development efforts. We are so close to the Omaha Metro area that there are huge benefits for people to live in our community, along with a connection and synergy that lends itself to actively targeting everyone. We don’t want to limit ourselves. We want young entrepreneurs to be part of the downtown renovation and city revitalization. We also want people who have lived here before and grown up here to come back. We encourage everyone to come here, which will help us to maintain our workforce and continue to grow soundly. We are limitless in our efforts to reach out to all sorts of demographics.”

Coming up with big ideas and following through on them is nothing new to Garry Clark. While growing up in Washington D.C. he faced immense adversity, dealing with issues like homelessness, not knowing where his next meal would come from, and parents struggling with addiction. He came to Dana College with nothing but four pairs of clothes without money to even pay for a suitcase. These obstacles would have broken most people, but not Garry. He simply used them as fuel – fuel that has driven him to achieve great success personally and for the communities he serves. He understands the importance of economic development and giving residents and businesses a chance to succeed. His life is the product of hard work, as a child, on the track, in college, and in economic development. That work ethic is something he brings to the table every day and it is likely to continue moving Fremont forward.

Nov 27 2018
This Giving Tuesday, the Greater Fremont Development Council (GFDC), in partnership the Greater Omaha Chamber of Commerce, is on a mission to give books to kids in need through the Slam Dunk Book campaign. The goal of the campaign is to gift children with their own #SlamDunkBook so that the...Continue Reading